If you take a walk along the top of the Upper Wilderness to the far end and gaze underneath the large Yew tree, you will see the tiny but perfectly formed Cyclamen hederifolium coming into flower. A mixture of pink and white, the tiny flowers appear before the foliage, which as its name suggests is ivy-shaped (‘hederifolium’ coming from the Latin ‘Hedera’ for ivy, ‘folium’ refering to the leave shape). The common name ‘ivy-leaved cyclamen’ is self-explanatory, but its other common name ‘sowbread’ intrigued me. A bit of research concluded that it comes from the fact that ‘The root resembled a loaf and pigs were believed to enjoy eating it’.1 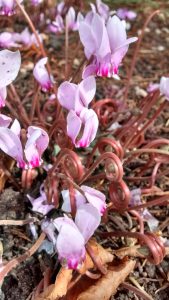 This plant originates in the Mediterranean, and was introduced into Britain around 1596, so would have been available in the early 18th century when the gardens were at their peak.

After the flowers have been pollinated, the stem coils around to take the seed heads closer to the ground, forming interesting little corkscrews underneath the flowers that you can see if you look closely. The reason they do this is not clear, but a possible theory is that ants may distribute the seeds further from the parent plant. All in all, a very interesting plant that is worth a closer look!

The rain wasn’t much good for anything today ….but cakes were munched, masks were found, pompom flowers were made (and will be all week) … but this little family loved being fed all those lovely grubs that wet weather brings…

Bad photo with phone, but didn’t want to get too close and frighten them off. come and see them tomorrow, they’re growing fast. 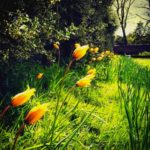 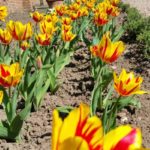 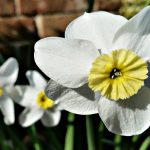