At last, like some large furry dog coming out of a lake we shake ourselves off after months of uncertainty and get to some planning. In this case particularly for evenings.

As a lot of our musical friends are desperately missing somewhere to play, we thought it would be nice for them, and us, if we shared our space with them and you as where better to hear some lovely music than in the safety of a gorgeous outdoor space?

Now in normal times we’d organise well ahead as so many people have busy lives and full diaries but let’s face it right now not many of us have social engagements or much else come to that in our diaries. This might give us a rare chance to programme at quite short notice in order to give us all the best shot with England’s unpredictable weather right now.

So what are we thinking?

Well, be prepared at just a week’s notice to be invited to some Summer Evening Musical Soirees across a range of musical styles, we’re thinking some Classical, Folk and Americana, Mellow Jazz, Acoustic Reggae, Light Opera and more. All to be enjoyed with safe distancing, good company and you’re most welcome to bring your own picnic or refreshments so no hanging around at a bar or such.

So signup for our newsletter or check back here under events to be sure to see what we’re up to.

Stay safe everyone and look forward to seeing you soon

As steals the morn upon the night
And melts the shades away:
So Truth does Fancy’s charm dissolve
And rising Reason puts to flight
The fumes that did the mind involve
Restoring intellectual day.

Written and first performed in February 1740. So cold that February, apparently, that the theatre owners had to reassure their audience that there would be fires and blankets – just like here in the Gardens!

Another beautiful song that I’m sure must have been performed in the tranquil rural retreat of the Gardens.

G.F Handel’s oratorio:  L’Allegro, il Penseroso ed il Moderato (“The Cheerful, the Thoughtful, and the Moderate Man”) .  Based on poems by Milton and Shakespeare’s verses from the Tempest

The pictures here are not our Gardens, but just imagine!

We know that, over the centuries, the Gardens were a place where much music was played and enjoyed.

This May we had planned a 35th Anniversary celebratory romp through our history, this was to include some wonderful young musicians from Birmingham Conservatoire playing music from the times when the Gardens were at their peak in the late 1600s and early 1700s.

The small building at the end of the Holly Walk is known variously as the Music Room and the Summer House. Scholars from the Gardens, our sister site Weston Park and from the Conservatoire even have records of music manuscripts and what music parties were held.

We like to continue the tradition of having all kinds of music played outdoors on our site….

Today, let’s just celebrate the Spring and imagine this somewhere under our apple trees in the Orchards..

This piece is from the Fairie Queen by Purcell, which premiered in 1692 in London at the Dorset Gardens Theatre.

The music was written as part of a ‘Restoration spectacular’, a ‘masque’ or semi opera.  Effectively it was a blockbuster show full of fancy costumes, amazing stage effects, music, songs and ballet all wrapped round Shakespeare’s Midsummer Night’s Dream…

This short song is near the end of the Masque – the Queen and King of the Fairies – Titania and Oberon are in celebratory mood and are singing praises of the seasons..

Thus the ever Grateful Spring,
Does her yearly Tribute bring;
All your Sweets before him lay,
Then round his Altar, Sing and Play

Who knows,  Bridgeman family members, keen musicians, may at the time have purchased the manuscript of some of these airs and played them here, in Castle Bromwich.

It may not be everyone’s favourite choice of music.. but let’s hope we can all be grateful to Spring… I’m sure Titania and Oberon are already in the Gardens .. 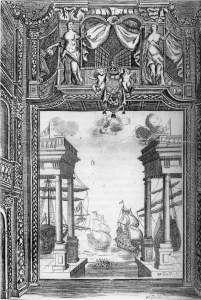 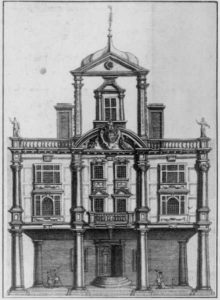 Over the last few years we have been able to invite more and more artists to be inspired by the Gardens.

Let’s hope, when all this is over…. we can continue to play host to everyone’s creative spark – whatever age you are.

Here are one or two pictures from a variety of activities and residencies.

Mini-music festival chillout for all the family

END_OF_DOCUMENT_TOKEN_TO_BE_REPLACED

Light music with a bit of brass muscle!

The community ensemble based in the heart of the Midlands make a welcome return to the Gardens.

The band plays a wide range of repertoire… great for that relaxed Sunday summer afternoon.

picnics welcome. Cafe open. Why not get one of our Cream Teas in a Box … scrummy  and  all recyclable packaging

Tickets on the door £8 adults, £1 for children

A day to celebrate all the good things nature has brought us…our apple harvest is in, our pumpkins still going…

Join us to see how well the harvest has been this year… will the hot summer and lack of rain mean less food? How have the plants and animals fared and is there store enough to last the winter?

Whatever the weather we will, this Sunday, be having fruit and veg displays,  apple and juice tasting, family crafts and other entertainments.

Jacaranda recorder ensemble will soothe our troubled brow with appropriate tunes and airs.

Cakes will be consumed, jam will be jarred,  faces will be painted and pumpkins will be found. 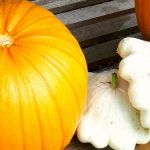 Bring any apples from your own trees or have harvested from trees on common land. Have a go at crushing them here and take away the really fresh taste (Bring a bottle to fill with your own juiced apples. )

The amazing young performers of the K’antu early music ensemble provice a fun and lively  ‘have a go’  music making workshop this summer afternoon (1pm -2.30pm)…

Watch out: vegetable flutes may be involved :-)))

Later at  3.30pm K’antu will enchant us with a concert of early music  in our 17th century Gardens

Although we are certainly not on the grand scale of Versailles or the Royal Palaces, our ‘wilderness’ areas, boxed beds and topiary are all part of that formality and dramatic approach.

We’re all the more pleased therefore, to be able to host both theatrical and musical productions in the Gardens. This year we have the Crescent Theatre celebrating Jane Austen’s anniversary with a charming rendering of Sense and Sensibility. During the school holidays Dogs don’t do Ballet (Little Blue Monster theatre) will be visiting causing exciting mayhem for the little’uns.. definitely not to be missed.

In September, on the same day as our  Heritage Open Day tours, we are lucky to have local Gilbert and Sullivan aficianadoes the Birmingham Savoyards mixing drama with music.

Music too is becoming more of a regular feature here (hoorah!). The 40s weekend had us rocking. last weekend we were smooth and mellow with the West Midlands Light Orchestra and Devon Harrison. The Central England Concert Band come in August.

In between times we have the soloists accompanying our pop-up tea and music events, various entertainments during Apple Day and Advent and we’re still holding out for an amazingly talented group who can play 17th century music with vegetables! No they can’t .. yes the can, they’re K’antu.

We are an open air site, so wind and rain are always hazards here… but, as they say, our skin is waterproof and the show… must go on.

Check out our Events calendar on this site and make sure you secure your tickets for our theatrical and  musical offerings. Not only will you have a great time, you will be helping us keep the Gardens open for more years to come.

A new series of gentle, relaxed afternoons where you can take full advantage of the Gardens for some ‘me-time’.
We’ve asked some of the best local or artisan food businesses to run a one day pop-up cafe in the Orangery at the Gardens.

This month (May 21st) you can try some truly luscious cakes made by Bakes and Bits.
They currently operate in the city centre but hail originally from Castle Bromwich.

To put the ‘cherry on the cake’ of your afternoon experience we are also offering aspiring local musicians a chance to entertain our visitors while they chill and chomp on their cupcakes. We may not have a bandstand.. but we’ll have handpicked buskers to bathe your ears.
Good prices, good food and good company ..